Vehicle to Grid – the new, new future for EVs?

This article on Reuters http://www.reuters.com/article/2011/06/24/idUS24604452520110624 would suggest so.  They have focussed on a startup called Nuvve which, based in Denmark which has a lot of intermittent, renewable power. They actually need a serious amount of storage innovation to use all of it – rather than export usually most of it to Norway and Germany as they currently do. According to another piece from Greentech Media;

Nuvve’s innovation is in the server connecting the EVs to the grid operator and in sharing revenue with the EV owners, potentially reducing the overall cost of the EVs. Nuvve’s server is the arbiter between the EV batteries and the power market through the system operator.

Energy storage is a non-intuitive and tricky market to crack. The seemingly obvious energy arbitration market — buying low at off-peak and selling high at peak — is the least rewarding revenue stream in the current regulatory scheme. Ancillary services like frequency regulation might be the lower-hanging fruit in the V2G application. The world market for frequency regulation is large, currently around $6 billion, and estimated to grow to $12 billion by 2020, according to Nuvve.

The last point fascinates me.  Frequency regulation is deemed to be a better market for V2G power than arbitraging peak and off-peak electricity.

This is in all likelihood to do with the forthcoming – highly complex and demanding – roll out of smart grids on the distribution network, i.e. the level below big industrial power stations.

This is all interesting but runs the risk of building further complexity on complexity – hardly a recipe for low cost, consumer gain outcomes. So why can’t someone go for the plain on vehicle to home grid solution?

Straightforward arbitrage of offpeak to peak load power would suit me fine. Or even buying corporate rate electricity from the workplace and transporting back home in your electric car !

Posted in Innovation, Transport | No Comments »

For electric/hybrid cars the tangible advantage is cleaner air

A very disappointingly CO2-sided couple of articles in this week’s Economist – Highly charged motoring. It trots out all the usual stuff about the shortcoming of electric cars – range, load demand on the grid and much lower reduction in CO2 emissions. But what about the non-CO2 emissions like carbon monoxide, NOxs and above all, particulates?

Unfortunately, in the rush to reduce CO2, diesel has been the preferred choice and this has led to an increase in asthma suffering and many, many premature deaths. This is why Swiss transport scientists are just flat wrong to argue that diesel is cleaner than battery electric cars. So it’s good news that Volvo have launced an app that gives some proper weighting to this.  I for one, when I look at the grey/black mucus on a handkerchief after blowing my nose in Central London, always resolve never to own a diesel.

So that’s one very good reason to switch to electric or petrol/natural gas hybrid transport.

Quite another is to understand is that vehicle mileage in the UK is so low – just look at table 9.17 in this Department for Transport pdf. In 2008, the annual mileage of all 4-wheeled cars was 8,690 or a grand total of 23.81 miles per day with many people doing a lot less than that. Now you could do this with some margin to spare with an electric car. But I think it’s probably correct that most would rather not suffer the fear of running out of juice so the plug-in hybrid beckons. Fine, you say, but what about the electricity demand?

Nothing like as high as is made out. There are real advantages of cost and cleaner electricity to charging off-peak at weekends or at night. If you doubt me, just look at these charts. Our low carbon electricity generators (principally nuclear) actually peaks as a percentage of the whole at night (when demand drops in half) and at the weekends when it is also cheaper. It only really becomes an issue if you want to fast charge your vehicle with much higher voltages so that it takes minutes rather than hours as with the Lightning. But unless you can afford a £120,000 Lightning, it seems highly likely most people would opt for a mix of off-peak electricity and the occasional petrol station.

This last point fascinates me. Petrol stations have been closing at quite a rate for some years, not least because of the increase in vehicle efficiency as well as onerous EU regulations and intense competition for the Independent Operators. The plug-in hybrid will accelerate that trend massively.

So, if a trip to the local petrol station becomes as rare as a trip to a quaint village shop, has government realised what that is going to do to their tax revenue?

Fuel duties already raise £26 billion and are forecast to raise £34.7 billion in 2015/16 (see table C11, page 109). I wouldn’t want to bet on that. And there then just might be scope for plugging in spare electric vehicle capacity to be used on the sub-distribution network, definitely not the grid, but in your own home or business, a bit like the electronics – the most interesting part – of the late Windsave, which produced electricity for you own home only, from your personal plug in micro wind turbine. 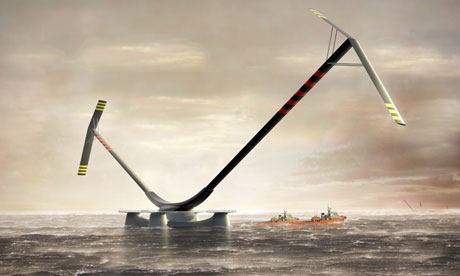 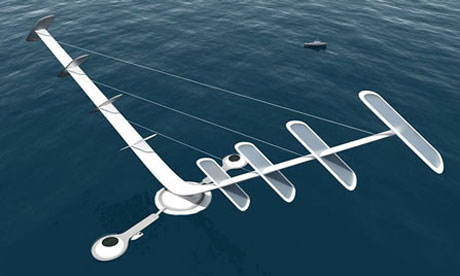 Posted in Innovation, Wind | No Comments »